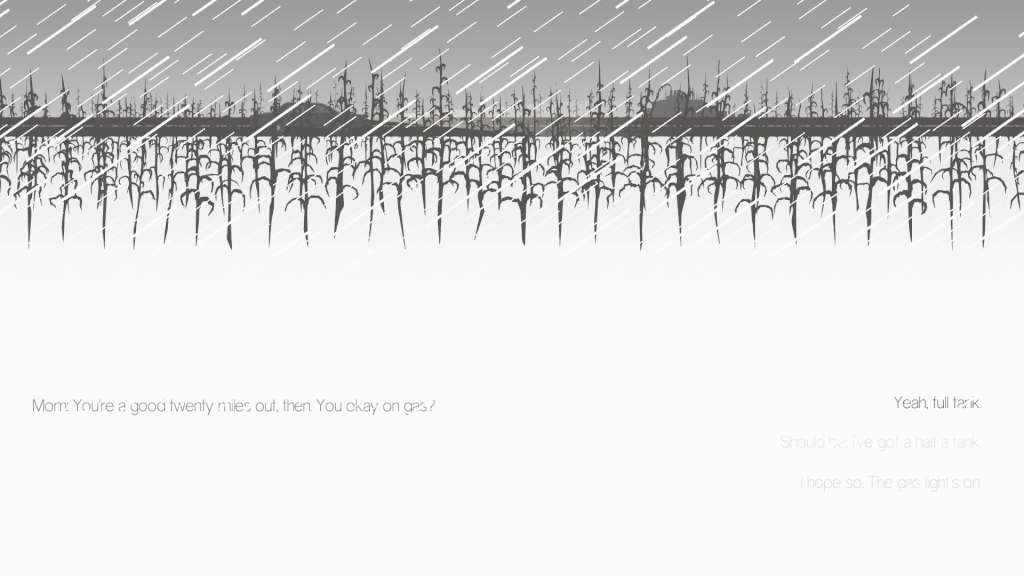 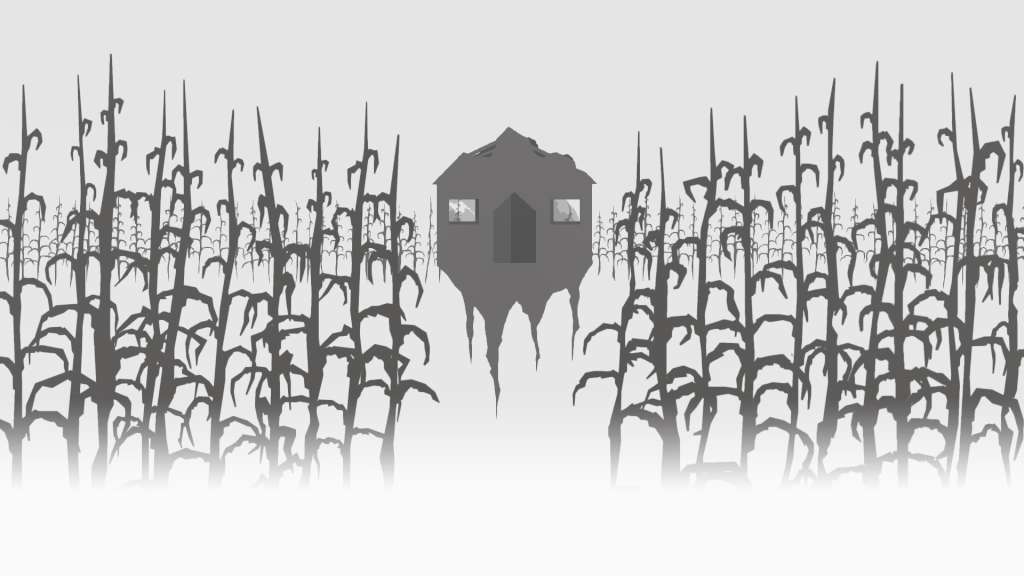 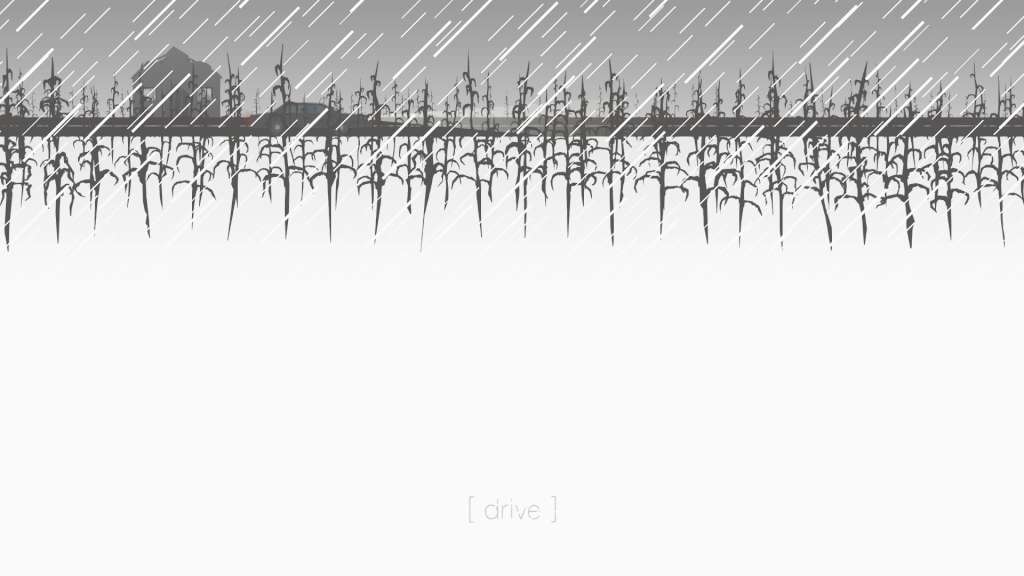 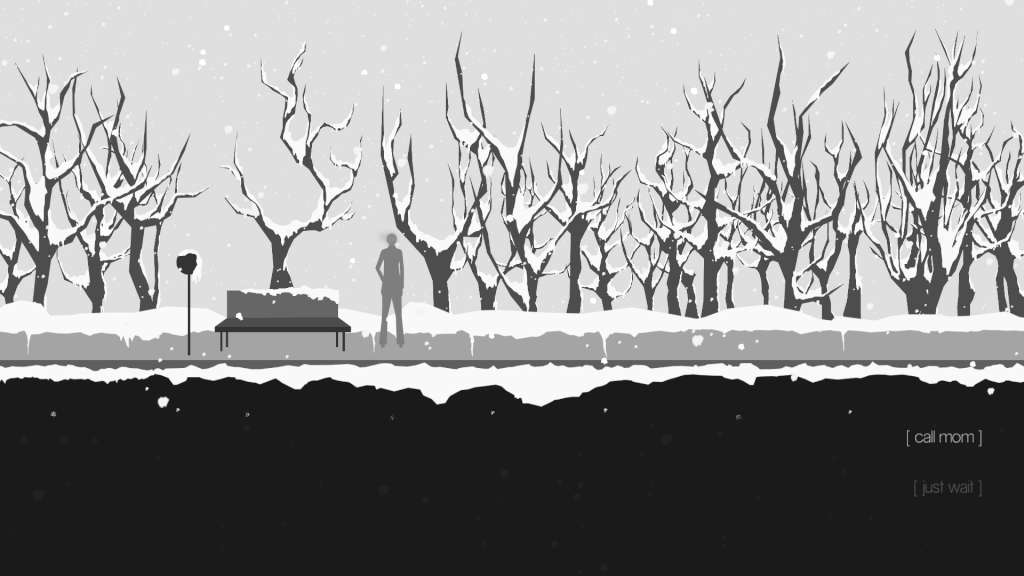 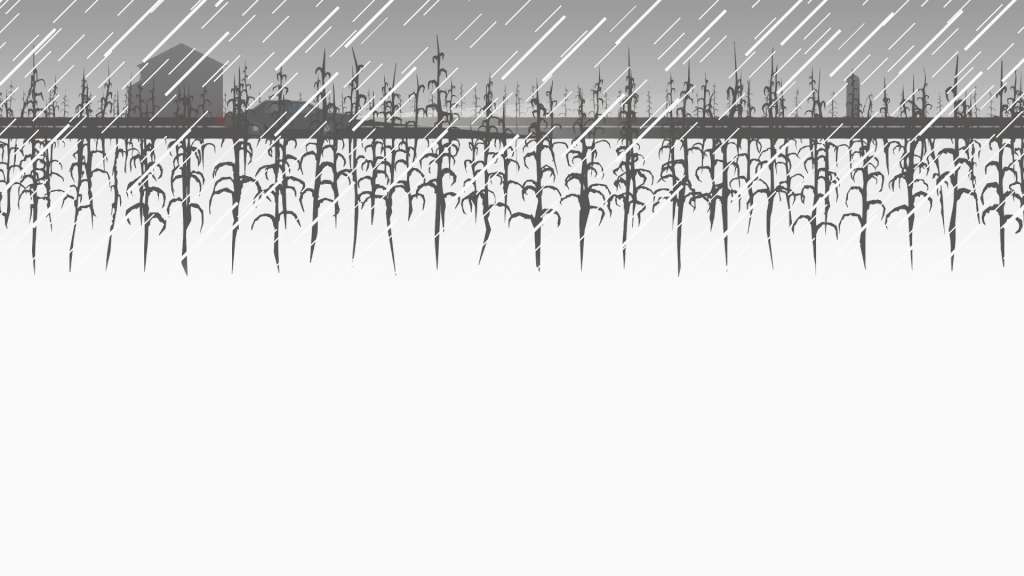 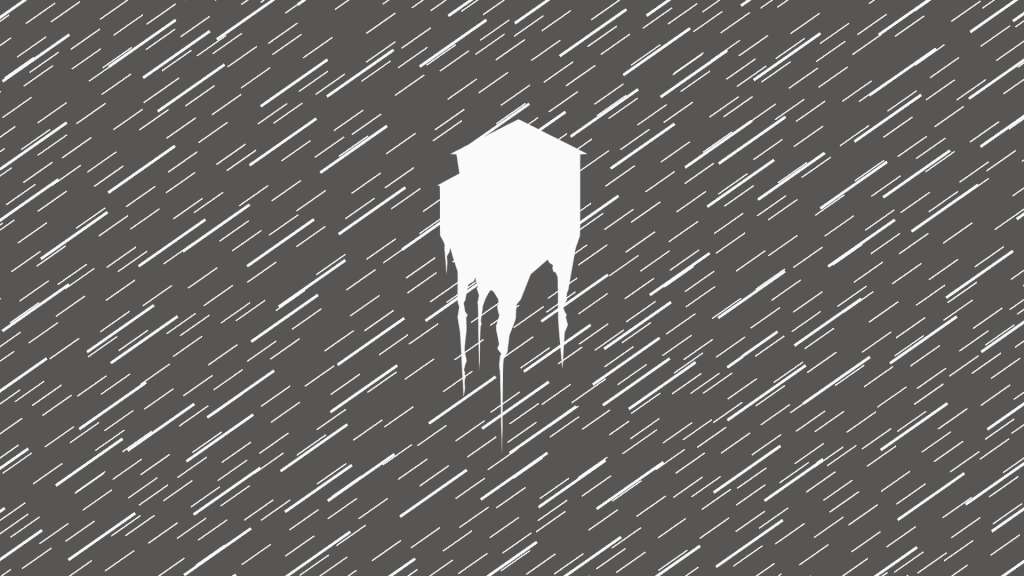 In her mid-20's, Kelly has been forced to move back to Nebraska. Back to that flat expanse, that seemingly endless sea of rustling cornstalks peppered by rusty silos and rustier towns. A typically intense Midwestern storm is approaching while Kelly is out; she needs to get home. Three Fourths Home is a visual short story in which you assume the role of Kelly during her drive through the storm. In the 20 miles between her grandparents' crumbling barn and her parents' home, she receives a phone call from her mother. While driving through a stylized representation of rural Nebraska, you must navigate an extended conversation between Kelly and her parents and younger brother. Three Fourths Home takes a look into a specific moment of these characters' lives and their relationships with one another. The narrative touches on a variety of issues affecting Kelly and her family, including disability, adulthood, and familial obligation.