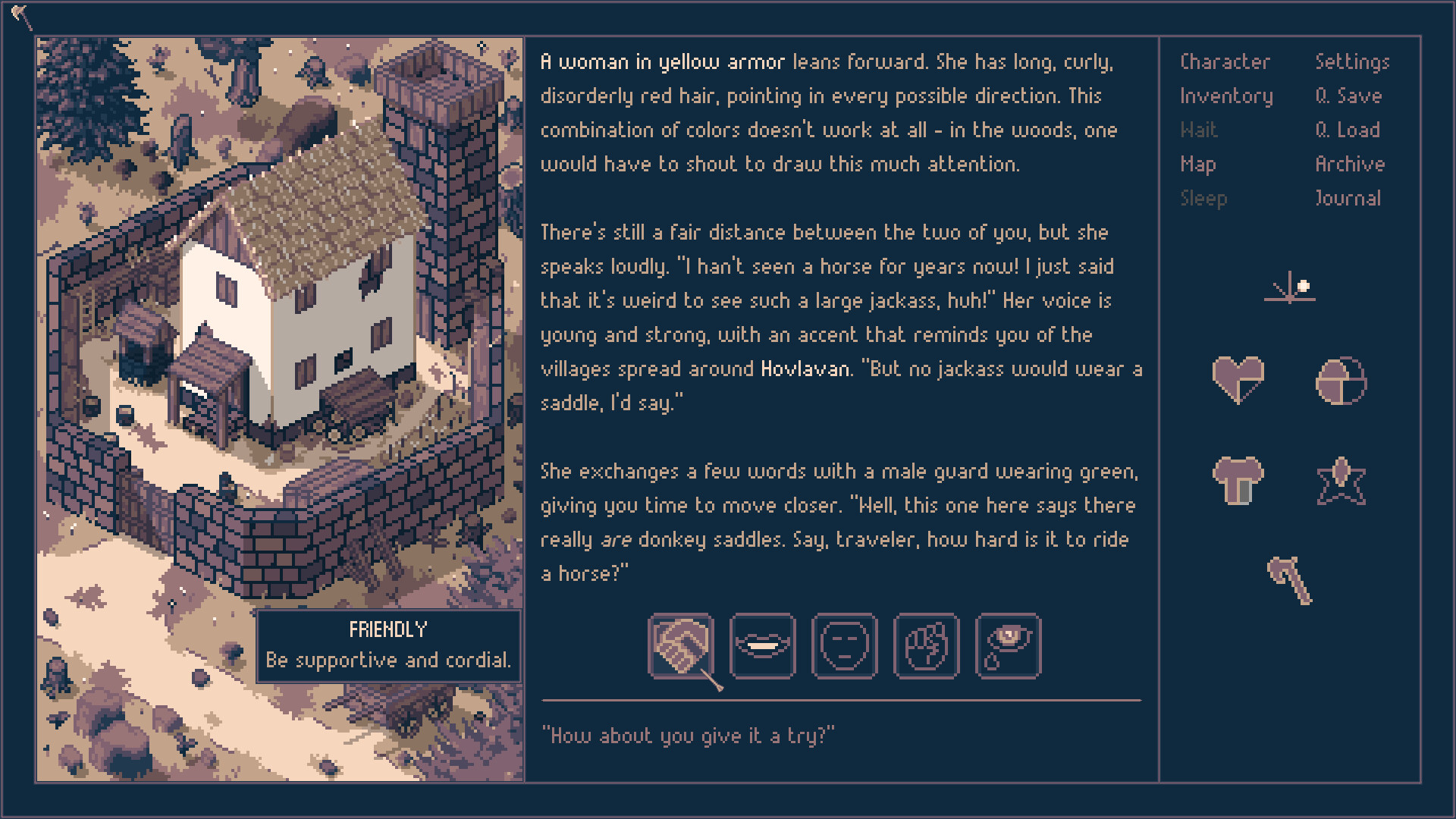 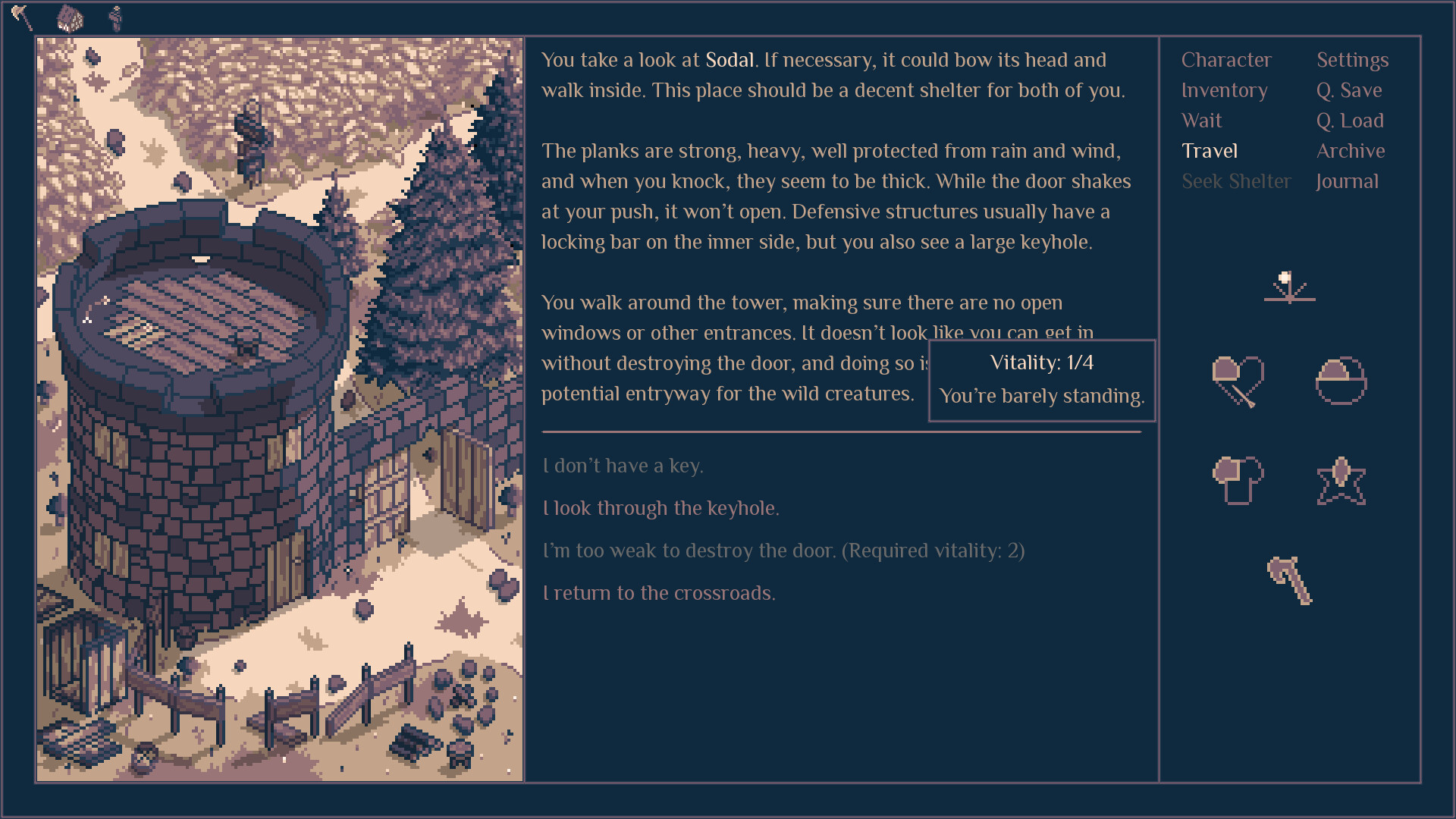 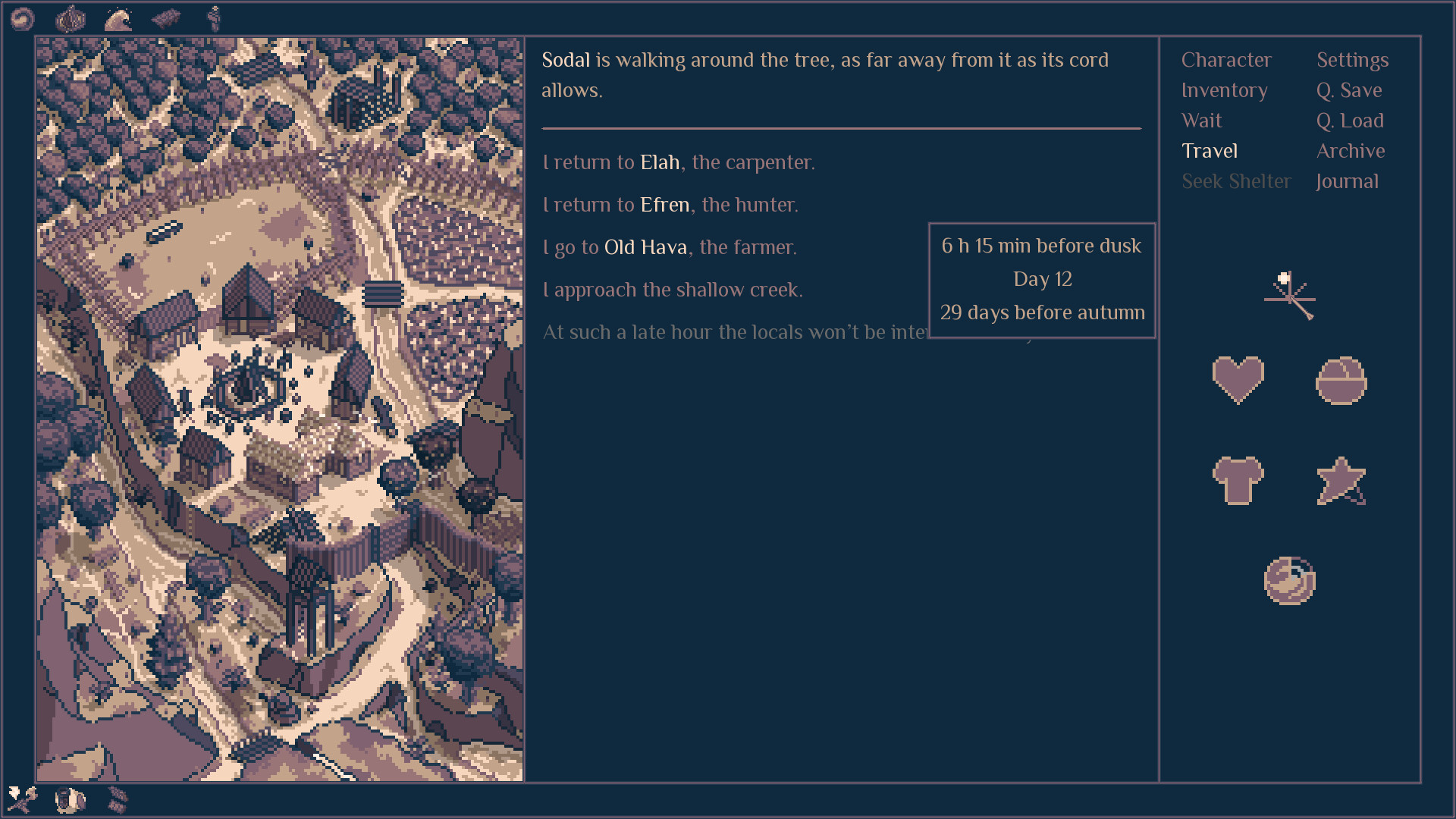 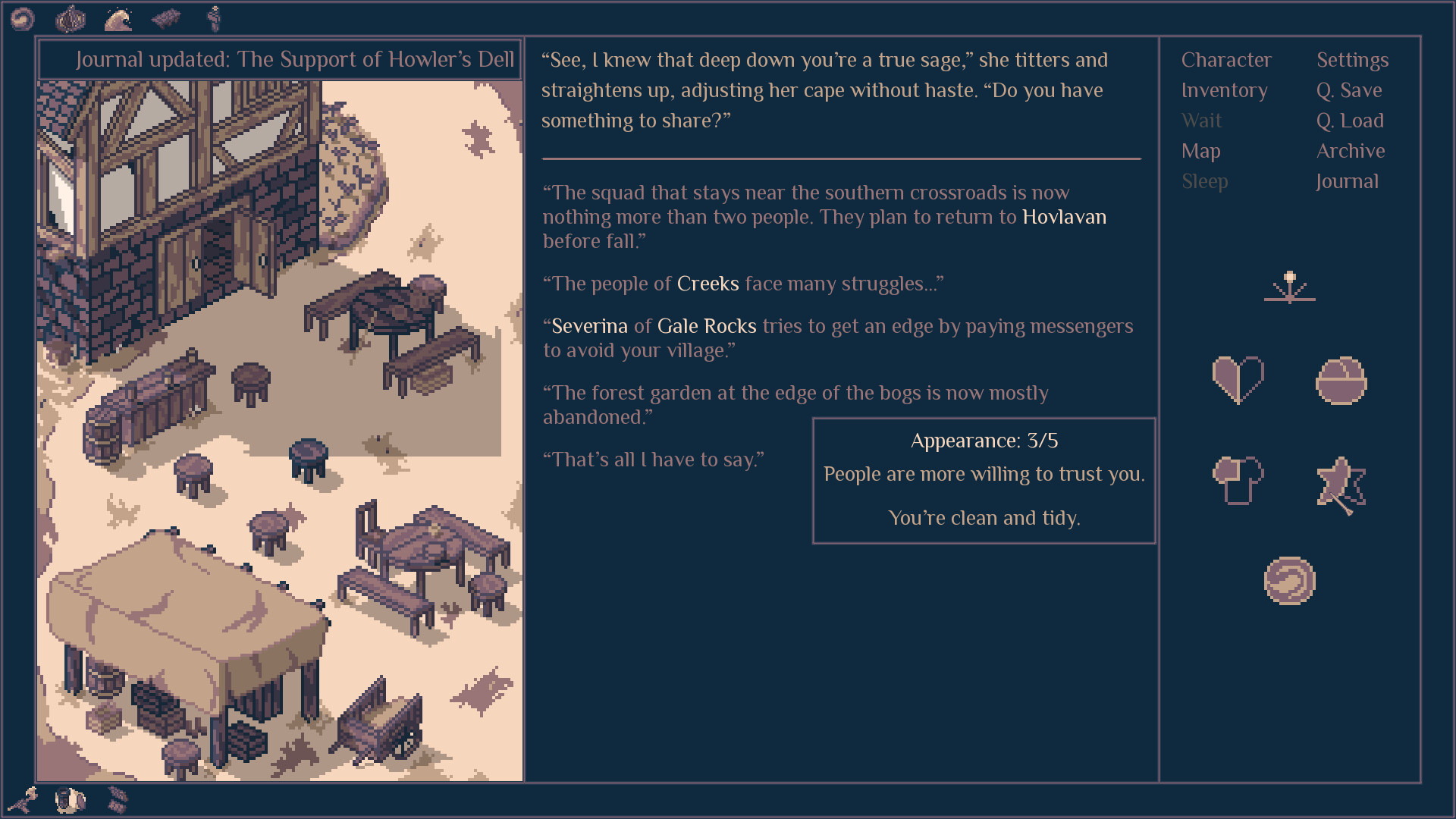 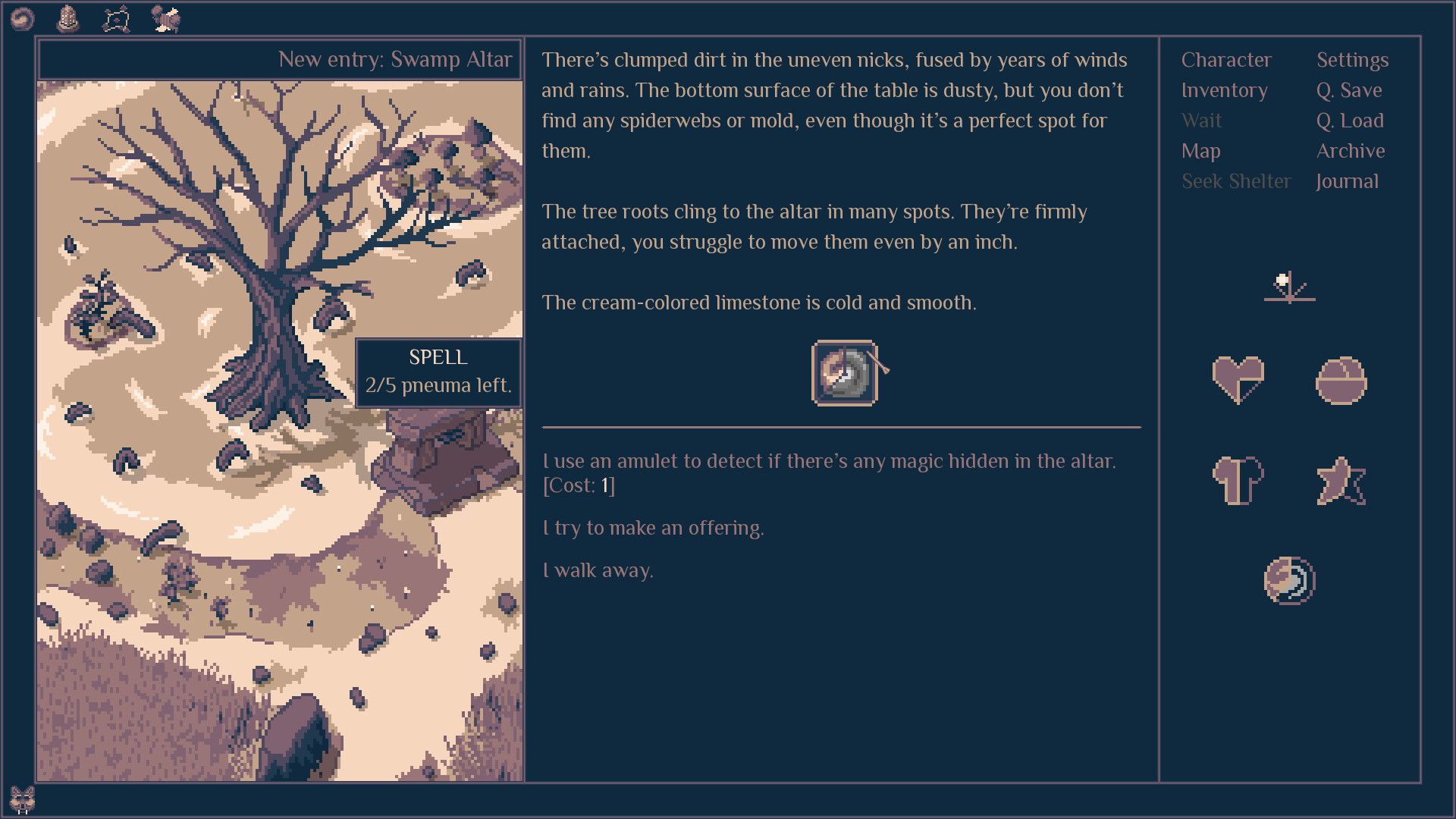 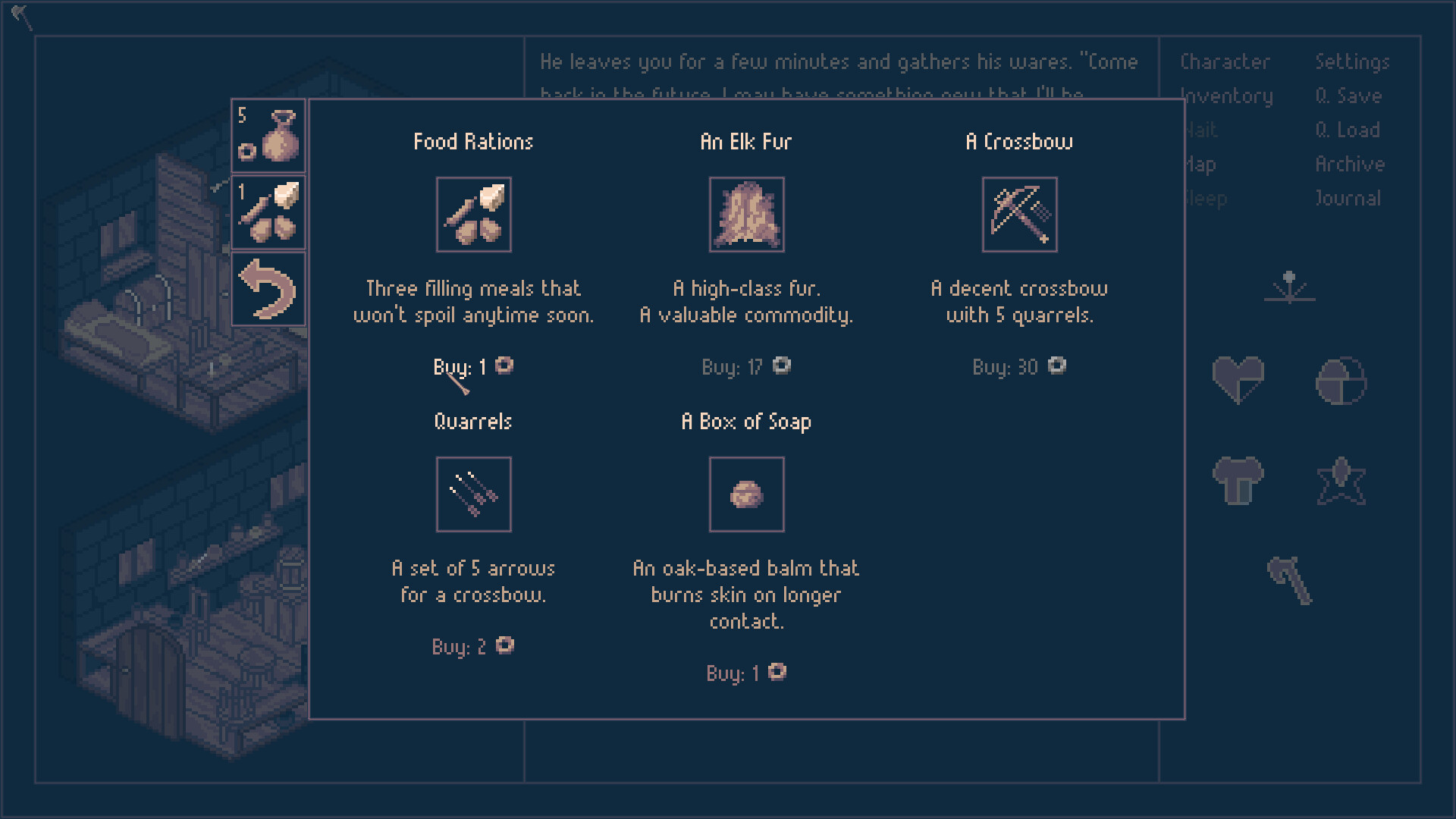 "Roadwarden is an interactive fiction in which the player explores and changes a hostile, grim realm. It combines complex dialogues and simplified graphics of Visual Novels with an open story structure and mechanics of RPGs." "Roadwarden involves mechanics such as item interactions, character abilities, hit points reduction, simple survival mechanics and time restrictions. Especially noticeable is the attitude system. Whenever the player encounters new characters, they can select one of the five attitudes (friendly / playful / distanced / intimidating / vulnerable) which impacts the following interaction, changes the mood and the direction of the general conversation. Another advanced mechanic involves occasional problem solving inspired by text adventure games, in which the player uses a keyboard to write simple commands. The game uses isometric pixel art to present areas, items and events. The musical direction is currently unclear, and there will be no voice acting involved. For the moment, the game includes some placeholders and there are design decisions yet to be made, such as the possible inclusion of additional sound effects to the game."