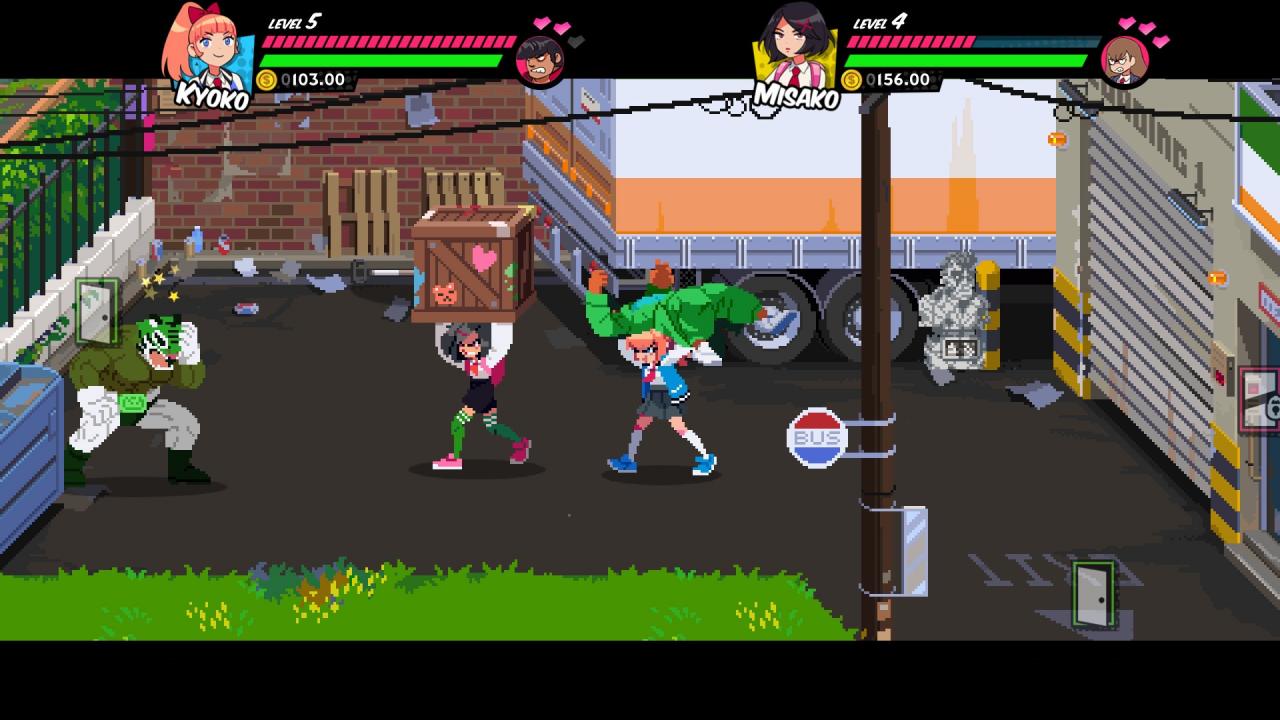 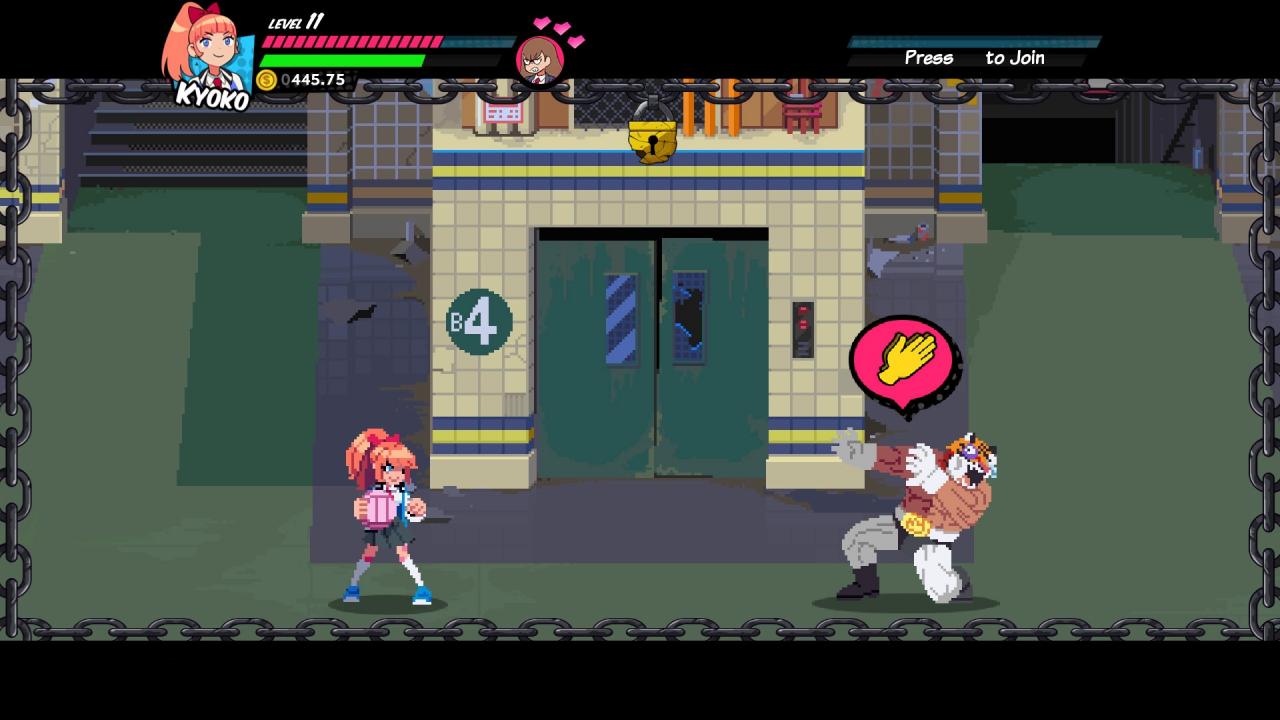 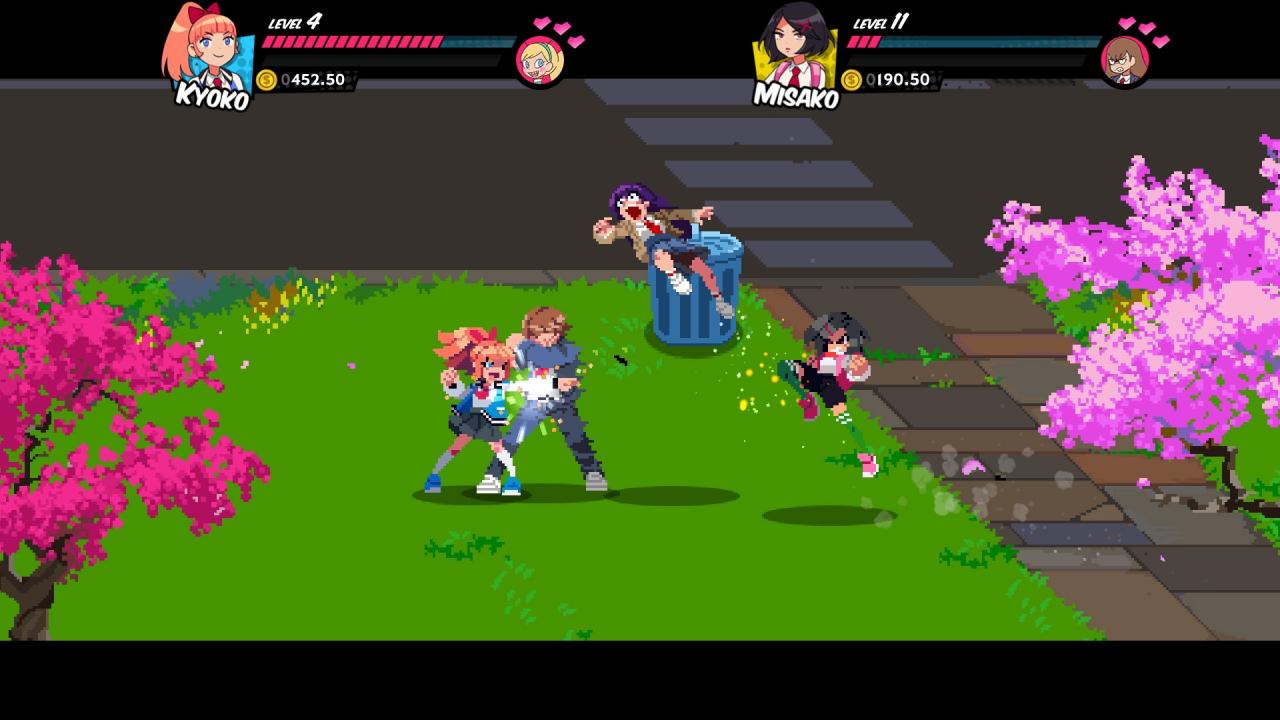 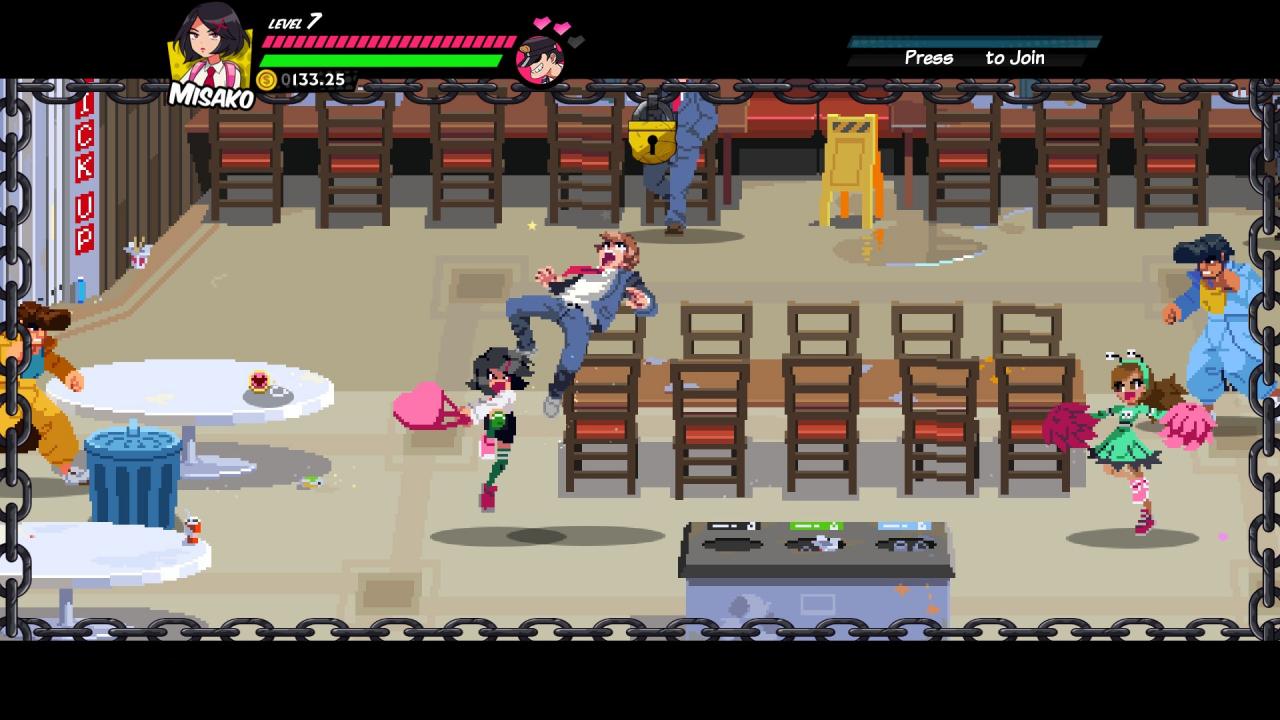 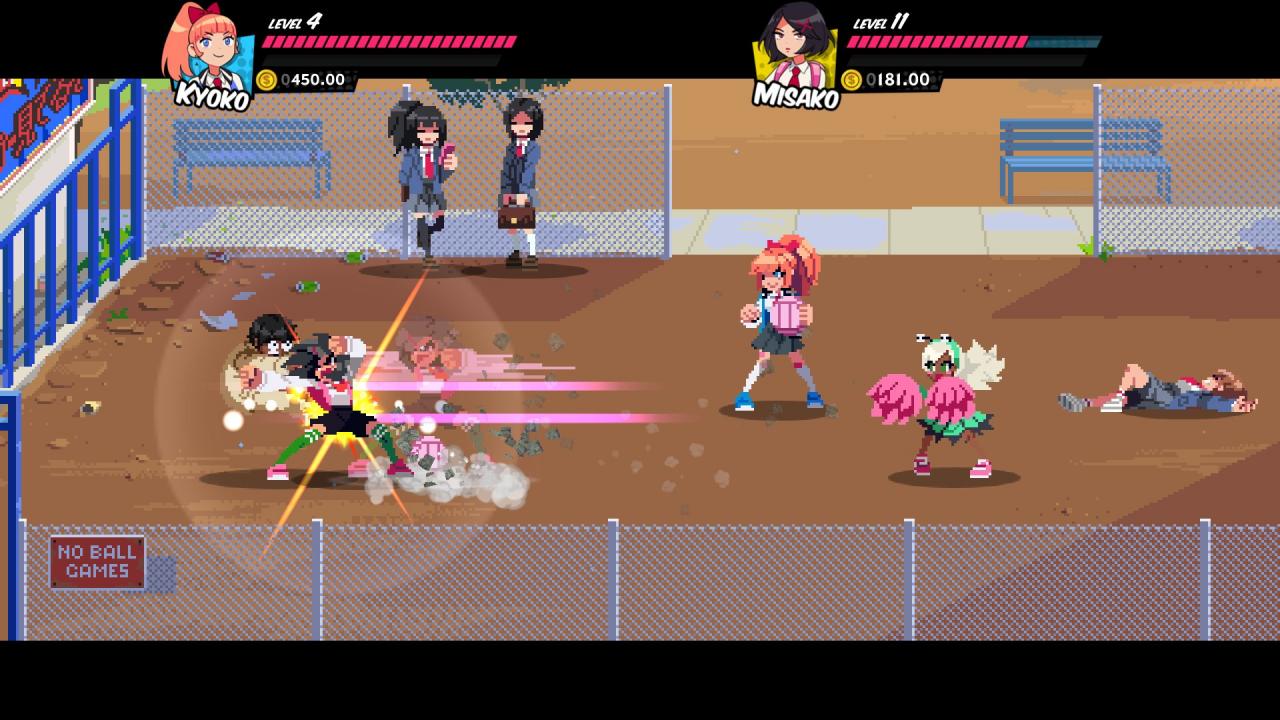 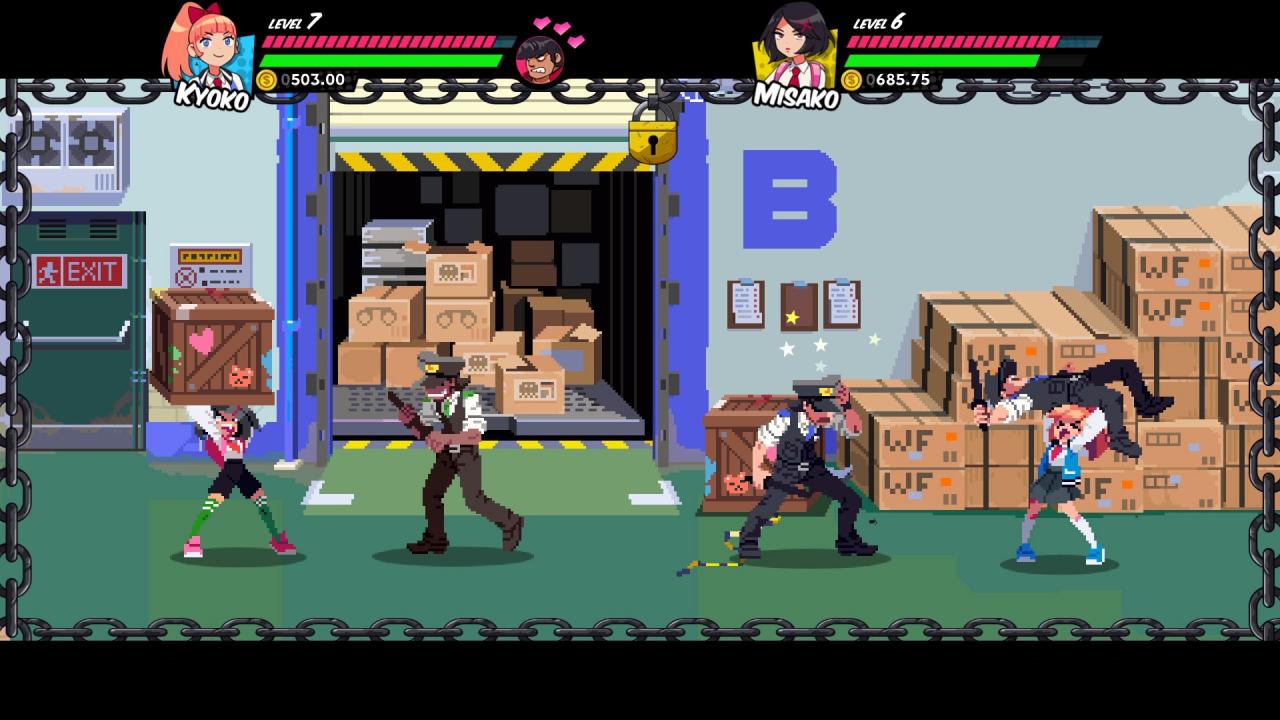 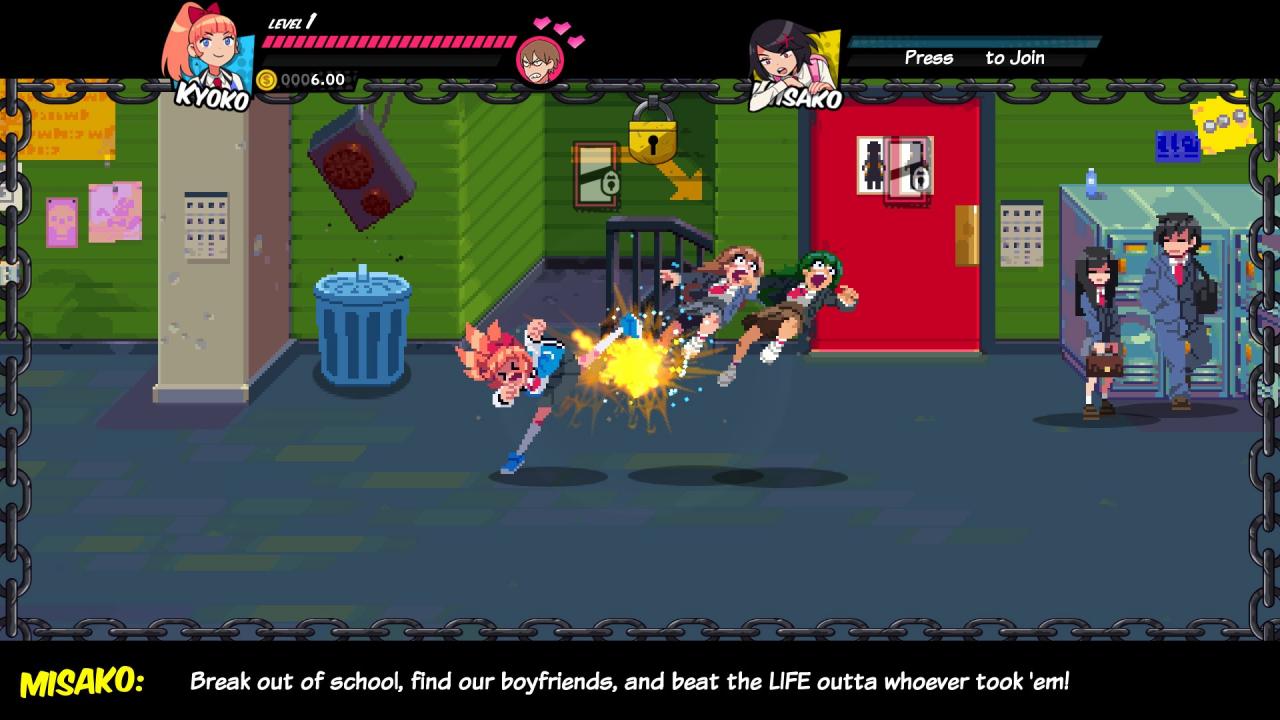 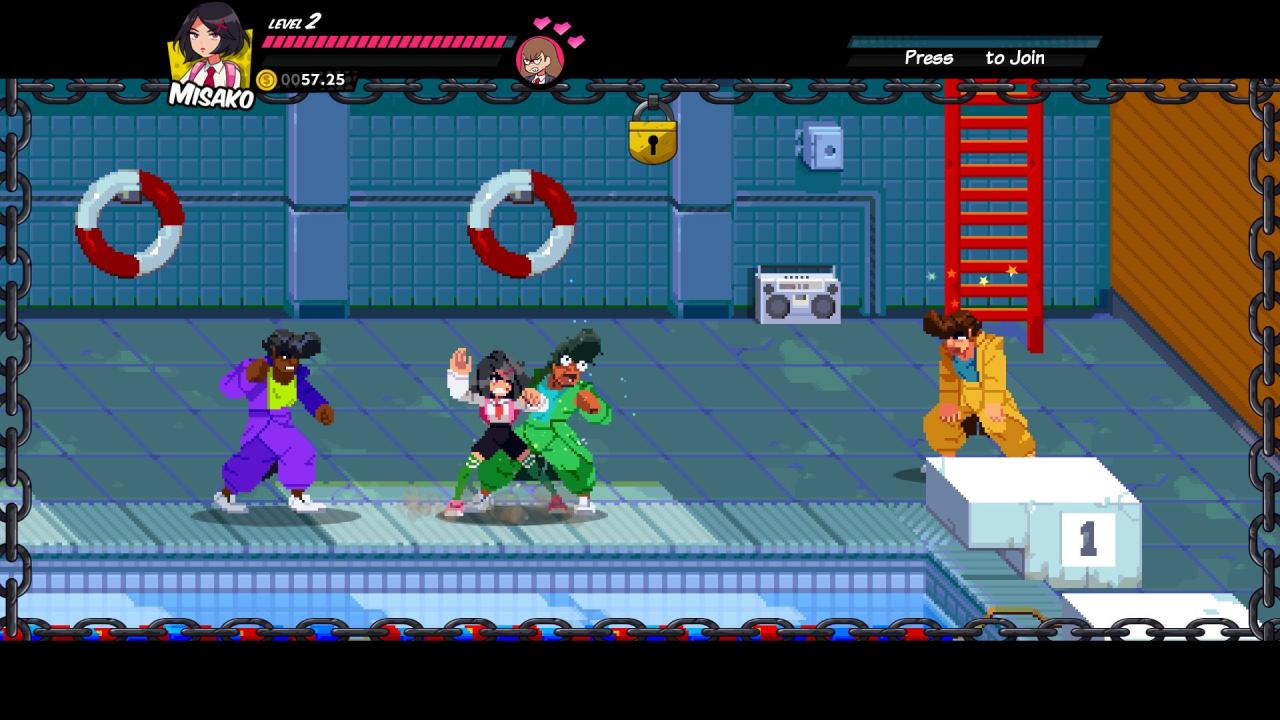 River City Girls stars Kyoko and Misako, two street-tough high-schoolers who must fight their way through the six regions of River City to rescue their kidnapped boyfriends, series mainstays Kunio and Riki. Along the way, they’ll utilize an arsenal of combos, counters, throws, and special attacks; battle an assortment of enemies; accept numerous side quests; level up with experience points; interact with NPCs (including guest stars from past River City games); and shop for a variety of items, food, and gear to boost stats and unlock new abilities. The girls can even wield weapons and recruit defeated foes to join them in combat!